This comment is in response to “The march from yesterdays” by Sundar Sarukkai, published on 10th August 2017. I am surprised to read a comment from a philosopher colleague that suffer from the logical fallacy of ad ignorantiam in its entirety, that too in the same newspaper issue with an excellent politics article full of profound scientific insights from a non-scientist colleague (When the Paradigm Shifts, Happymon Jacob). The ignorance stems in part from the author’s poor understanding of what construes the science and how it is different from non-science, erroneous science and pseudoscience- three totally unrelated concepts. Non-scientific disciplines like history, sociology, art, literature and so on are of course not pseudoscientific or erroneous science, and the author’s such a claim suffers from a logical fallacy known universally as ‘false dichotomy’. I am a scientist, and I also work on linguistics and evolutionary socio-politics, I have authored an English fiction book, and I enjoy reading good literature and poetry. Non-science disciplines are, like science, imaginative, disciplined, and open for criticism, unlike pseudoscience. The March for Science has nothing to do with these non-science subjects. The March is also not against erroneous science or scientific misconduct- both are indeed genuine issues. Erroneous science simply results from poorly designed scientific methodology and are mostly unintentional. Scientific misconduct is deliberate practices of skewing scientific methodology or inferences for one’s benefit. The March, instead, is targeted towards pseudoscience and diminishing funds for the actual science-two of the key issues plaguing the science in our country.
To understand the pseudoscience, one should understand what is science, and the scientific methodology. Only through inductive experimentation backed by rigorous statistical hypothesis testing that one can differentiate between what are objective scientific practices and what are anecdote-based pseudoscience. The rigorous scientific methodology developed from the critical writings of Karl Popper, Thomas Kuhn, Francis Bacon and beyond, is filled with technical jargon entirely incomprehensible to the non-technically trained public, and perhaps that is the root cause for the prevalence of pseudoscience in countries with low socio-economic status. This is the exact reason why practitioners of pseudoscience can easily deceive simple plebeians with their miracle cures. Scientists are like ‘Doubting Thomas’, sceptic to the core and incredulous to any claims without evidence. Many scientific insights often overlooked today as common everyday knowledge, like ‘smoking causes cancer’ or ‘trans-fat and lack of exercise causes coronary artery diseases’ are inferences of decades-long longitudinal epidemiological studies backed with rigorous statistics; for instance the famous “Framingham Heart Study”, which began in 1948 and is still ongoing. A common misconception about science in India is that the science is considered as Western, or Nehruvian (or “congressi”) which is false. The country has produced a number of renowned scientists from time immemorial well before the origins of modern scientific methodology; from Charaka, Baudhayana, Pingala, Susruta, Brahmagupta, Aryabhatta, Madhava, Nilakanta, PC Ray, CV Raman, S. Ramanujan, HJ Bhabha, JC Bose, Birbal Sahni, all the way to CNR Rao, Goverdhan Mehta, and K VijayRaghavan- the current secretary of Department of Biotechnology- are all first-rate internationally acclaimed scientists. Science is of course, international; not merely belong to any particular country or ideology.

I am surprised to read the author’s assumption that the scientists are propagating ignorance and more surprised to find a place for such a comment in the national newspaper like the Hindu. Does Sundar Sarukkai realise that the technology he had been using and taken for granted like a computer, or electricity, or a car, or a mobile phone, or a vaccine, is the product of decades-long rigorous scientific research? Of course, over the years the science has tremendously improved the human life. He should carefully read Carl Sagan’s “The Demon-haunted World: Science as a Candle in the Dark” before alleging scientists as ‘propagating ignorance.’ While asking for an increase in the funding for science, scientists did not make a ‘scientific claim’; it is a demand or proposition. Calling the demand as a ‘scientific claim’ proves author’s ignorance in two domains; communicative English and scientific methodology.

Of course, science in India is indeed in a dire situation (which is not a mere rhetoric), with a government that is constantly increasing funding for pseudoscience practices like cow urine therapy and pachagavya, while asking the scientific laboratories to find funds for themselves. The public should avoid this incognito propaganda by understanding a basic psychological trap liars create to cheat the gullible; it’s called ‘illusion of truth.’ Nazi propagandist Joseph Goebbels once famously shared his tactics post-holocaust: “repeat a lie often enough, and it becomes truth’. Uneducated laity often falls for small lies interspersed between truths here and there, that turns itself into a monster lie, propaganda. And if government and media backs these damn lies and suppress the truth? These lies become self-propagating forms like viruses, perpetuate and turn into hard self-convictions engraved deep into our mindset. For tens of generations, humanity tried to eradicate one of the biggest challenges it had ever faced in history, smallpox, through prayers. During those ages, religion ruled the world, and religious people suppressed the science and freethought- those "dark ages." Prayers of all sorts of all religions of the world… but failed miserably. Then came scrupulous scientific studies by  Edward Jenner, and in next one generation smallpox is eradicated from the world through vaccines-a “miracle” by all means, but in science, it is just another method. For the last 4000 years, religion has promised us a second life; all these years pseudoscience continued to swindle the gullible, while in just the last 100 years alone, science has doubled our life. Religion makes promises, pseudoscience beguiles, while science delivers!

Universities, CSIR labs and other scientific institutes in the country are at present severely affected with lack of funding. The basic scientific research-which is not directed towards its usefulness to the humanity- is the hardest-hit area. Ironically, the basic scientific research had been the forte of ancient Indian scientific pursuit; for example astronomy, mathematics, logics and so on. Scientific disciplines including palaeontology, astronomy, behavioural sciences, quantum physics and so on might not be of immediate usefulness to humanity, but the research in these disciplines will cause Kuhn’s “paradigm-shift” in the long run (see Abraham Flexner’s renowned essay entitled “usefulness of useless knowledge’). Of course, science is not about anthropocentrism or speciesism; human beings are merely an animal in nature and considering the whole universe is made just for the utilisation of human beings suffers from a cognitive bias called ‘confirmation bias’. The government-backed gold rush for utilitarianism lead marketing of bogus pseudoscientific products like BGR-34 by reputed CSIR labs, which came as the biggest surprise in post-independent scientific pursuit in India. What scientists and science popularizers like Prof. Yash Pal were against is pseudoscience, the ignorance that wears the white-lab coat of an experimental scientist and masquerades the public as ambassadors of real science while evading Popper’s falsifiability and appealing the public through emotion and anecdotes. A countless number of pseudoscience practices are prevalent in India, and India ranks, perhaps, world number one in pseudoscience. Pseudoscience include atrology, palmistry, tarot card reading, numerology, yeti, UFOs, Bigfoot, homeopathy, Ayurveda-including panchgavya and gau mutra therapy, siddha, yunani, reiki, acupuncture, acupressure, magnetotherapy, reflexology, aromatherapy, vastu, naturopathy, detox, ‘organic’ foods (numerous studies have concluded that organic food has identical or lower nutrient levels than genetically modified foods; ‘organics’ is nothing but an advertisement tagline), polygraph, miracles, ESP, clairvoyance, faith-healing, transcendental meditation, prayer (no, praying to god doesn’t work)…The list is exhaustive and is swiftly expanding (for example, anti-vaccine campaign budding out at many places in the world is a form of textbook pseudoscience, or climate change denialism). Consider, for example, homoeopathy. Inductive logic has clearly falsified homoeopathy, and the consensus is that it is a pseudoscience. When the Nobel laureate Venkataraman Ramakrishnan referred Homeopathy as ‘bogus, harmful and pseudoscience’, the furore against it was mostly from India, not from Germany- homoeopathy's birthplace. The reason is simple, homeopathy-due to the very fact that it is a pseudoscience- is essentially non-existent in Germany, except in isolated patches around cities like Frankfurt where significant Indian migrants can be found. I lived for several years in Japan-a country where you can’t find any alternative medicines, yet their standard of living and human development index is among the top in the world. Scandinavia tops in all development indices, as well as health indices and they have no homoeopathy or Ayurveda. What are they missing out? UK’s NHS too has recently decided to stop funding for Homoeopathy for the ‘gross misuse of resources’. Ask do homoeopathy or ayurveda practitioners ever get their children vaccinated, or give them antibiotics when sick; why do they do this if their own alternative medicine is effective? Precisely because alternative medicines do not work. In India, we have government-run homoeopathic and ayurveda clinics in every district. What will happen if the government decide to close and divert the budget (in my modest estimates, the budget for mere maintenance of AYUSH in the country is more than 30,000 crore rupees per annum) to improve public health, education and sanitation instead? I argue that this policy decision would instantly make our country developed.

Author’s purported neutral stance is indeed a ludicrous proposition. It is now proved beyond doubt that Darwin’s theory of evolution is correct, and for the sake of NPOV (Neutral Point of View, made famous by Wikipedia), how senseless it would be to teach the ignorance called ‘intelligent design’ to the schoolchildren! It is like arguing for teaching Ptolemaic geocentric universe, or ‘flat earth’ hypothesis, or spontaneous generation of life from non-living matter, for the sake of providing alternative choices. Author’s claim that “everything they claim can easily be disproved by referring to the extensive work in the fields of history, philosophy and sociology of science” plainly suffer from the logical fallacy of “Ad verecundiam,” appeal to authority. What the author missed out is that in science there are no authorities and an uneducated youth, for example, can directly and validly question the veracity of a scientific conclusion, which is not possible in case of religion and other belief systems. Science has a built-in correcting mechanism through which the science advances every single day, while pseudoscience is forever caught up in the medieval periods with no such correction systems. The author referred ‘beliefs about science’ throughout the article, but he fails to understand the basic premise that in science there are no beliefs. We should teach our posterity how to think, not what to think, as the age we are living is for knowing, not for believing.

I am sorry to say but the columnist here seems to be as much blinkered in his views and opinion as he claims the original writer that he critiques here to be. We really could do with more open minds.

How? Which way? I would appreciate if you could be more specific; ambiguity is the hallmark of hypocrisy

The anonymous comment is unfortunate and that is no way for open mind or discussion. While Scientists do not claim Science as the only solution for every problem India faces, India can ill afford to ignore science today.

Dr. Felix Bast expresses his views on how to build a rational, science-conscious and secular society free from superstition and supernaturalism. 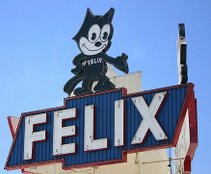